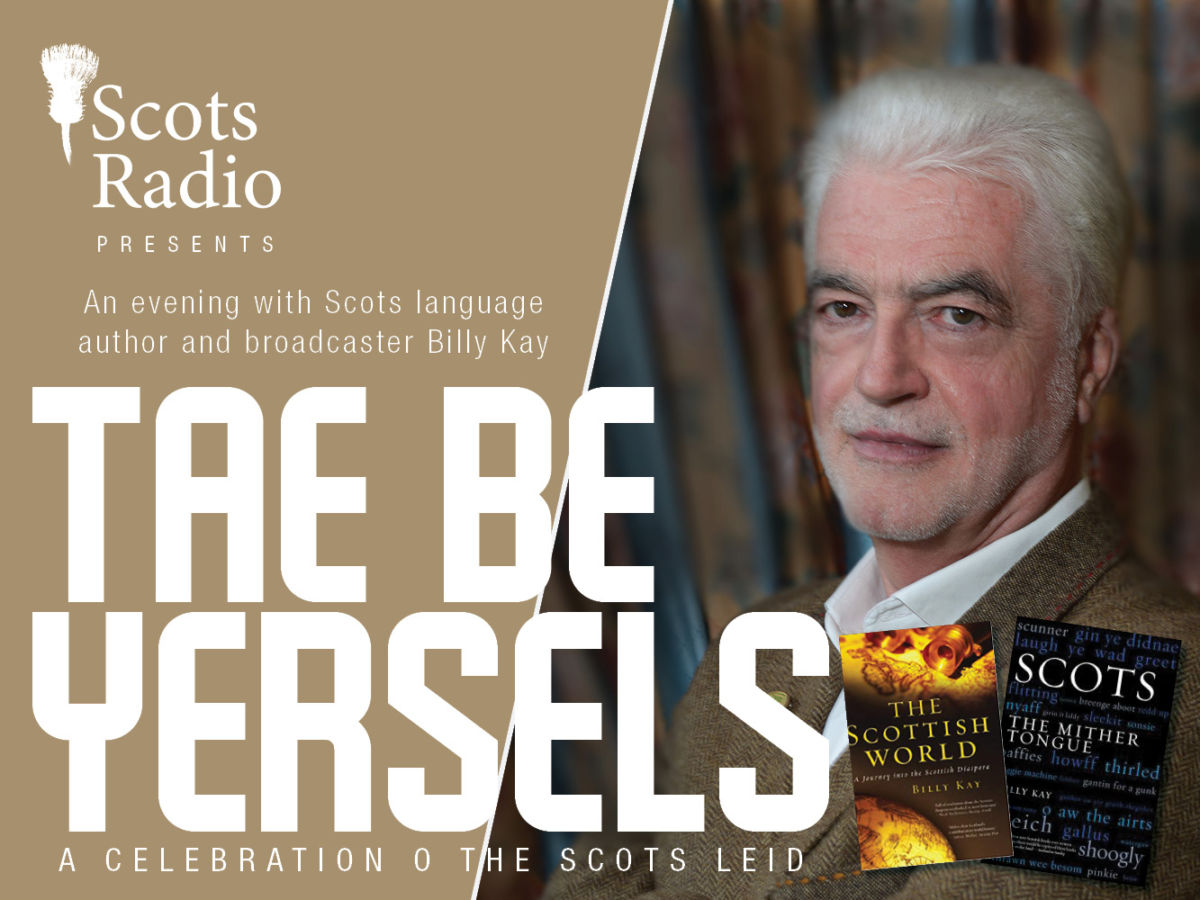 INTRO (in English)
Earlier this year, Billy Kay was invited to deliver the inaugural Scots lecture at the Scottish Poetry Library in Edinburgh. There he spoke about being steeped in the poetry and songs of Burns growing up in Ayrshire and ranged over the historic poetic tradition in the language from John Barbour’s Aberdeen to Hugh MacDiarmid’s Borders. This evening he will expand on the status of Scots today and reveal some of the far-flung corners of the globe the Scots travelled with their mother tongue.