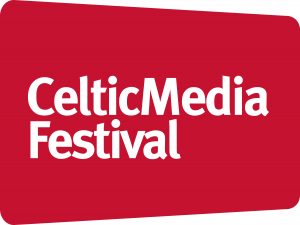 It gees us great pleasure tae announce that Scots Radio has been nominated for an award in the Celtic Media Festival. We have been judged bi a Scottish jury and an International jury – noo through to the finals. The awards will be held in the Isle of Man this year at the beginning of May. On behalf o the Scots Radio team, thank you for your support. An – we’re affa chuffed……

We are delighted that Scots Radio has been nominated in the Celtic Media awards. As we state in our Scots Language Policy, “we tak tent that the Scots language is an innermaist pairt o Scotlan’s identitie an culture” and we will “forder oor wurk tae heize up an develop Scots language.” Our funding support for Scots Radio forms an important part of that work and it’s great that their role in championing Scots, raising awareness of the language, while entertaining and informing at the same time, is being recognised in this way.