The busts of Robert Burns and King Robert the Bruce were installed in The Hall of Heroes in 1886 and over the twenty years which followed a further fourteen busts of famous Scotsmen were added to create the gallery which is now such a distinctive feature of The National Wallace Monument.

In January 2017 the Scotland’s Heroines project was launched – a new development to recognise the achievements and successes of famous Scottish women. Through the project, we invited the public to vote for the woman whom they would like to see permanently recognised in The Hall of Heroes.

Thousands of votes were cast over the 10 week period – and we can now announce that two women clearly emerged as frontrunners. 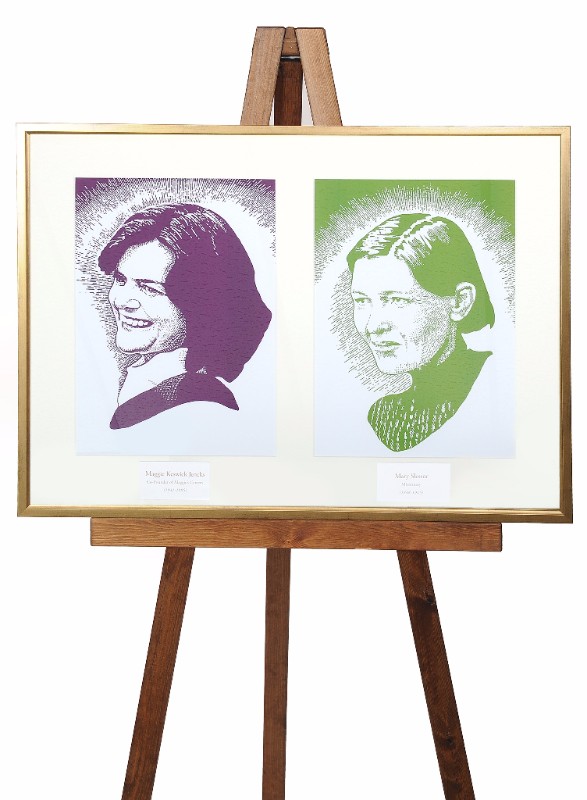 Maggie Keswick Jencks and Mary Slessor
… and we are delighted to announce that both will be welcomed into The Hall of Heroes!

Both women exhibited selflessness and personal commitment to social improvement, and through their efforts to help others they achieved worldwide recognition.

A writer, gardener and designer from Dumfries, Maggie Keswick Jencks (1941-1995), founded the Maggie’s Centres with her husband Charles. The centres offer practical, emotional and social support to people with cancer, their family and friends. She designed the blueprint for the centres, the first of which opened in Edinburgh in 1996, while she herself was facing cancer.

Mary Slessor (1848-1915) has been described as the most celebrated Scottish missionary since David Livingstone, who inspired her to a life of service. Determined to overcome the challenges of her early years, and largely self-taught, she combined her missionary zeal with a practical approach to helping those in need, and she worked tirelessly to improve the quality of life for the people of Calabar, in Nigeria – against a background of prejudice and opposition.

SOURCE From: The National Wallace Monument