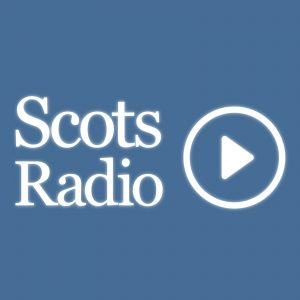 Wiv got a really special programme for ye again – wir delving into the makins o’ a great film that’s set in the Fife mining communities. ‘Happy Lands’ as it’s caad, has been voted een on the best films in 2013 and it features local stories telt through local voices – it’s spectacular.

And did ye think that propaganda wis a recent invention? I wid think again if I is you – it’s been aboot for centuries and if ye think that fowk are good at it noo – look at fit they did tae Mary Queen o’ Scots in the 16th Century. Fan ye read Dr Donald Smith’s new book ‘Ballad o’ the Five Marys’ ye’ll get yer een opened. Donald is oor studio guest this month an he’s written a book that wil pit history on it’s heed by challenging athin that’s been written afore about oor Queen – and hence the Union o’ the Crowns that followed. Be warned, Donald’s story aboot the events that happened an faa did fit tae faa – micht change yir life.
An at last, I’ve found Cabrach Radio – and the Cabrach. I have been very honoured to be allowed to meet up wi the team at their headquarters and fin oot foo the programmes are aa pit thegither. I think I got an answer, bit fiiver, it wis, I hid an affa anjoyable blether wi Sandy and Pat – despite the fact the electricity went oot during the interview! I didna ask aboot their electricity supply, bit I can tell ye that Cabrach Radio his over 75,000 hits fae a’ oer the world and has geen thoosans tae charity. In the words o’ Sandy Jukit (Duguid)….stick enn.
Bye the noo
Frieda