New Writer In Residence At Alloway 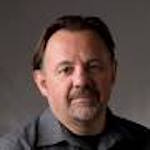 Poet and writer Rab Wilson has recently been appointed to the post of Writer in Residence at the Robert Burns Birthplace Museum in Alloway, Ayrshire. Rab has previously held a number of similar positions across the years as well publishing works of poetry, mainly about or in Scots. Rab said that he was very keen to take this opportunity to raise awareness of the language and promote it in the Burns heartland. He also commented that it was important to support the Scots Government’s initiatives with Education Scotland which had given Scots a place in the curriculum. Indeed, Chris Waddell, who is learning manager at the museum, also pointed to their programme of school events and said that Rab Wilson’s appointment would serve to enhance that programme.