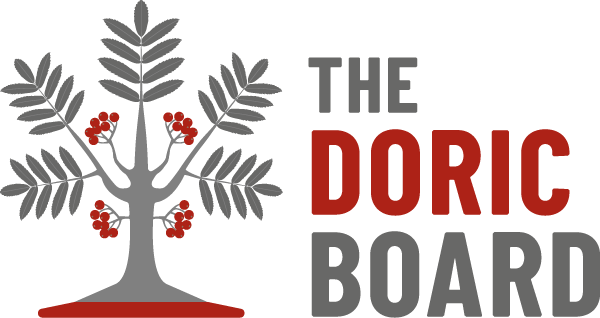 The Doric Board has distributed its first-ever series of financial awards to 18 projects across the North East of Scotland.   The awards, which offer between £250 and £1,000, support projects that promote Doric culture and heritage.

The Doric Board (North-East Tradition and Language – NETAL) was created to energise public appreciation of the region’s exceptional heritage. This is the Board’s inaugural annual set of awards which draw from a budget of around £10,000.  The scheme was created with the support of the Scottish Government to develop and support a sustainable, dynamic future for Doric as a vibrant language.

Among those receiving a funding boost from The Doric Board was the Banffshire Tourist Group to assist with the creation of an illustrated biography of the legendary James Macpherson.  A new play by Garidge Theatre, based on the novel ‘Dark Star’ by Lorna Moon, also received an award, as did a project created by Tom Spiers from Turriff to establish an educational website, based on the ballads of the North East.

Two of Us Ltd Creations in Aboyne received an award to publish a book of poems involving 11 writers’ groups throughout the North East whilst 1st Methlick Scouts’ plan to celebrate 100 years of their group, through a creative project reflecting the cultural traditions of Scouts also received assistance.

Taking Doric well and truly into the 21st century was the focus of another successful application, with Karen Barrett-Ayres receiving funding to create an app based on her successful book of Doric words.

Doric Board Chair, Frieda Morrison said: “The awards, and the fact that we received 29 applications, show that Doric is very much alive and well in 2020.  The Doric Board is delighted to be able to support this terrific range of projects from all across the North East.  Many of them support and engage young people and look to sustaining a dynamic future for Doric as a vibrant branch of the Scots Language.

Board Member Professor Peter Reid added: “These awards recognise a broad spectrum of groups and projects, and demonstrate the deep affection there is for Doric as well as the passion for its survival.  What is also important is that this is first time an organisation devoted specifically to promoting Doric, has been in a position to support projects financially across the region.”

The full list of recipients of Doric Board New Year Awards is as follows:

To find out more, contact Frieda Morrison, or Gordon Hay on email info@doricboard.com