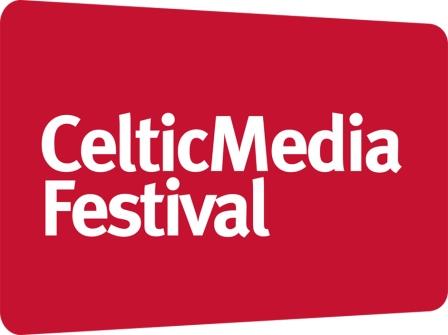 For the third year in a row Scots Radio has received a nomination in the prestigious Celtic Media Awards. This online radio programme stands out in modern media schedules as it’s presented in the Scots language, and celebrates Scots life, history and culture.

Scots Radio is produced and presented by Aberdeenshire broadcaster Frieda Morrison, and features Scots ‘fae Shetland tae the Borders and athin in atween’. Launched on the internet four years ago, it now attracts thousands of listeners throughout the world with its special blend of information, interviews and music.

The monthly broadcast is recorded in Edinburgh at B&B Studios by Richard Werner, who is very much part of the programme.  The duo are delighted to receive a hat trick of nominations, promoting the Scots language in the media for three consecutive years.

Frieda says, “It gees us great pleasure tae announce that Scots Radio has been nominated for this prestigious award in the Celtic Media Festival. We have been judged by a Scottish jury and an International jury – noo through to the finals. On behalf o the Scots Radio team, thank-you tae oor listeners and contributors for their support.”

According to the last census in Scotland, there are around 1.5 million Scots speakers in Scotland, and Scots Radio caters directly for this passionate audience. Recent programmes have highlighted a Doric production of the Messiah, Bothy Ballad competitions and culture, Burns’ political poetry, and the Doric Gruffalo for little ones. This vibrant, lively magazine show is a slice of Scots life. It’s been nominated in the Radio Magazine category and is competing against some of the world’s biggest radio stations, including RTÉ Raidió na Gaeltachta, BBC Radio nan Gàidheal, BBC Radio Cymru and BBC Radio Ulster. The winners are set to be revealed at the 39th Celtic Media Festival, on the 2-4 May 2018 in Llanelli, Wales

Supported by The Scots Language Centre and Creative Scotland, will it be third time lucky for Scots Radio?